Yip was founded by
artist and publisher Ben Van Buren, in 2016.
We realize projects that use choreographic writing
to establish feeling connections
between users and authors
on the level of
their texts.


The result of a Yip-hosted conference with directors, curators, and administrators discussing how the Covid-19 pandemic has impacted a sense of mission and purpose amongst museums that show contemporary art.


Go behind the scenes with fammous YouTube gamers! Hear industry secrets from working developers! Experience rare retro ephemera in print! All in sleek a pocket-sized magazine. 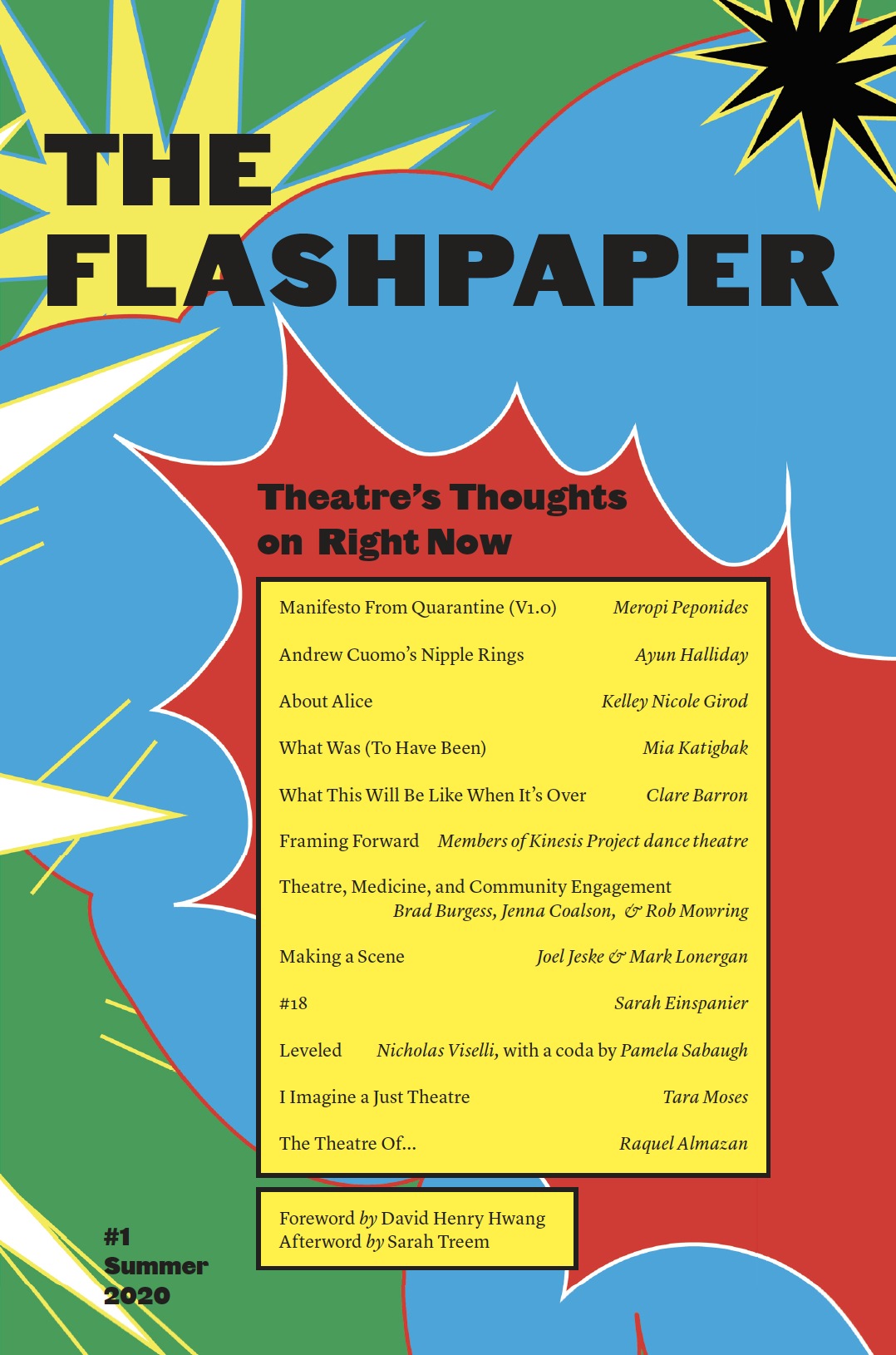 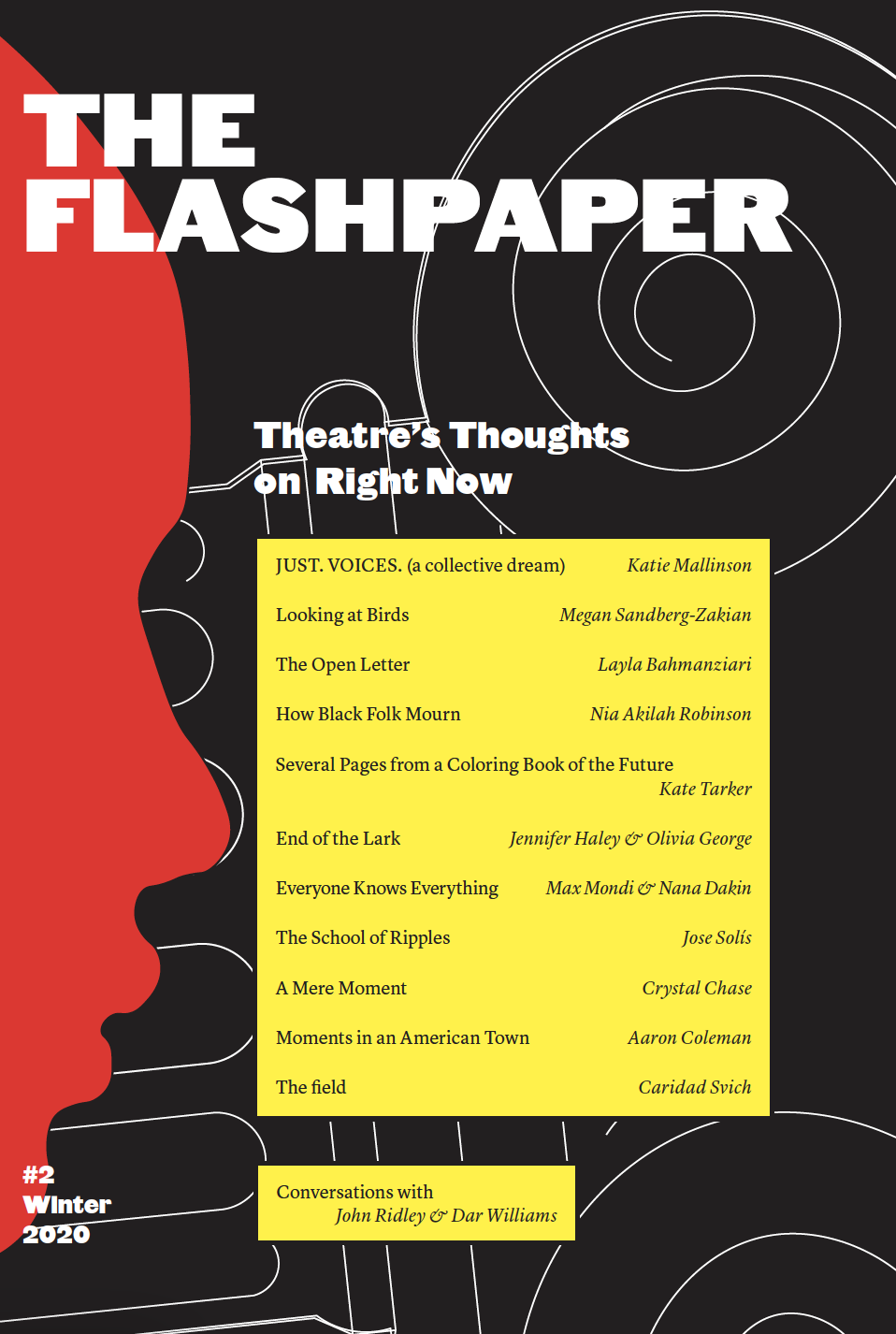 Mark Blankenship (Founder and Editor)
$25 - 50
From The Flashpaper's website: The Flashpaper: Theatre’s Thoughts on Right Now is a biannual publication in which 10-12 theatre artists and/or theatre companies create new work that responds to a specific prompt about an urgent current event. Their responses are published to elevate their voices, provide them with compensation, and present a snapshot of how they are collectively engaging with the present moment.

The Book is Someone to Touch

Ben Van Buren
$19.19, $123.12 & $865
In 2019 Yip was commissioned by The New School to produce a work for the exhibition “In The Historical Present,” which was staged as part of the school's centennial celebrations.

On these excursions Yip would make scans of everything and anything, nothing in particular. Student’s faces, pieces of trash, pieces of art—whatever was in the path of the cart. The result is a moving-average of the feel of the New School as it was turning 100.

The resulting books beg questions about the nature of commemoration and the virtue of archival practice. Much like the institution itself, these books are full of success and failure. Certainly, if such a book has any value it’s not because it’s thrilling to read. It’s because it’s a body. It’s because it can capture all that unspoken heft that moves beyond the semantic content of a specific institutional utterance. That heft that does something, is doing something. 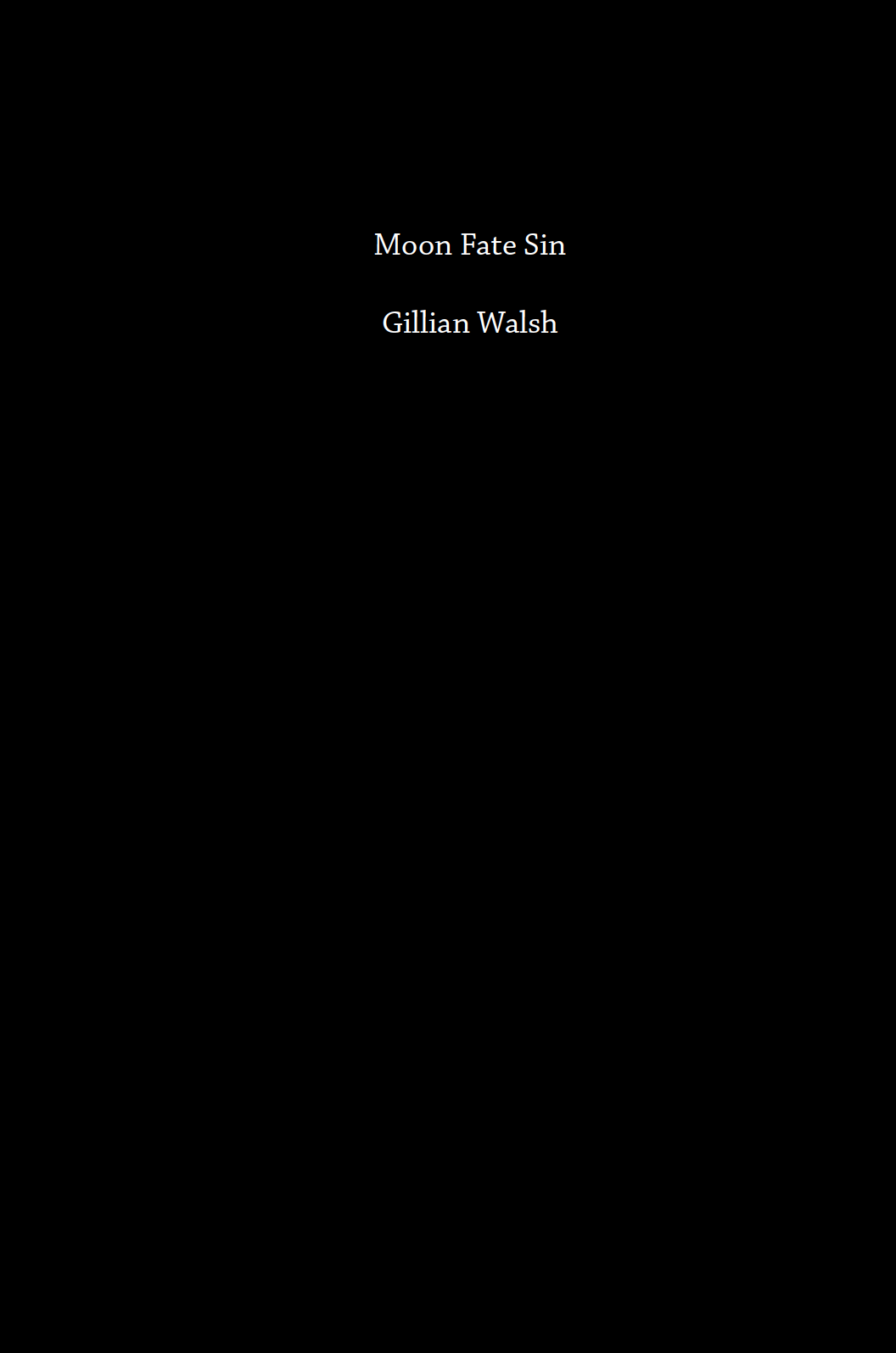 Gillian Walsh
sold out
Moon Fate Sin is a collection of anagrams of Yvonne Rainer’s No Manifesto.

Moon Fate Sin was published on the occasion of the premier of Moon Fate Sin, the performance, by Gillian Walsh, presented as part of the 2017 Performa Biennial in New York City, November 2017.


Video Games: Playing for a Living

Ben Van Buren (Ed.)
$17.95
What does it mean to work for 60 - 90 hours a week as a gaming streamer or content creator? Find out in this book of interviews with some of the most prominiante streamers and content creators active today! You'll learn what it takes to make a living, what it takes to stay sane, and how this nascent profession is being brought into being on platforms such as Twitch and YouTube. Don't miss this incredible snapshot of one of the world's largest, yet little scrutinized, cultural engines!

VIDEO GAMES: Playing for a Living is a proud co-production with Vapor95 Inc., an internationally recognized leader in Vaporwave fashion.

Athena Kokoronis
sold out
Yip has been in collboration with Athena Kokoronis and the DPA since almost the beginning. First collborating on the original Cook Book Domestic Performance Agency for the DPA's premier at The Kitchen, NYC, as part of it's long running Dance and Process series.

For more about Athena and the DPA check out DomesticPerformanceAgency.com


The Book of the Lion's Jaw Dance and Performance Festival

Ben Van Buren + Joy Mariama Smith w/ The Lion's Jaw Performance + Dance Festival
+/-$20, availble upon request
THE BOOK at the Lion's Jaw festival (2016-2019) was a loving, juicy, yearly meditation on the futility of documenting live performance. A celebration and joyus kind of grieving for the impossibility of considering anything other than dancing together to be dancing together.

The second year’s BOOK was especially special. Editor Ben Van Buren partnered with former festival artist Joy Mariama Smith to facilitate a LIVING ARCHIVE filled with the results of a daily exchange between the festival in Boston, and a number of artists in Amsterdam. This (2018) edition hosts not only scans of ephemera from the Lion’s Jaw studios, but also the contents of a chat room and a number of email missives, all collected in the bounded space of the days of the festival.

Distance is distance. Be it in Time or in Space. The book is someone to touch and the digital is the color of distance, not a place to meet. xx


FAT and Other Stories: Some Writing About Sex

Fat and Other Stories could also be subtitled “some writing about New York.” Here is the grime of the East Village apartment where the illegal tenant takes off his socks last; the brown walls of the Westside Club in Chelsea that offer little privacy; and the basement of the all male strip club in Times Square, now gone. New York is the final bedfellow in this sometimes frank, sometimes dreamlike collection. Houston-Jones choreographs the ghosts of this self-erasing city of lovers and strangers. 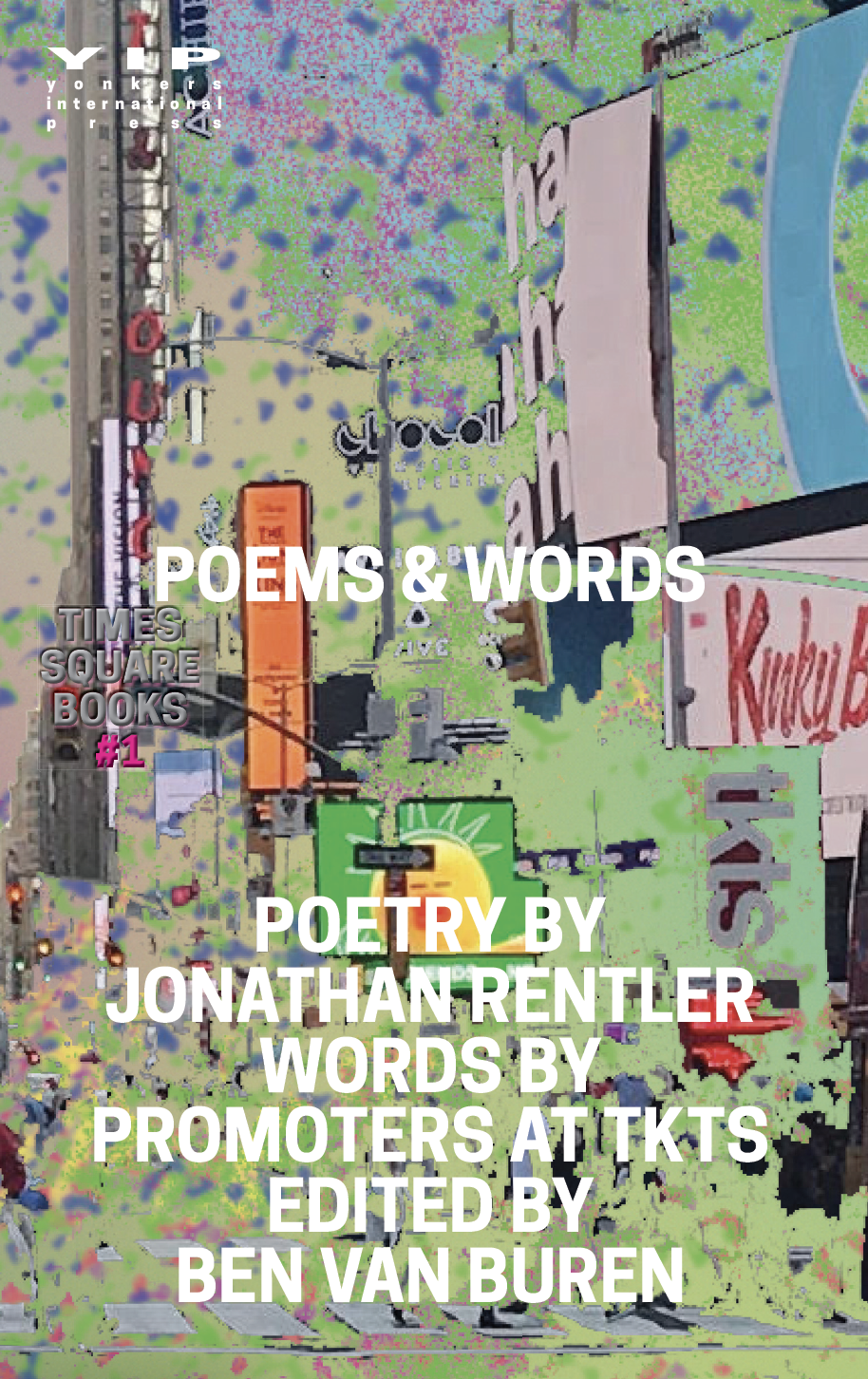 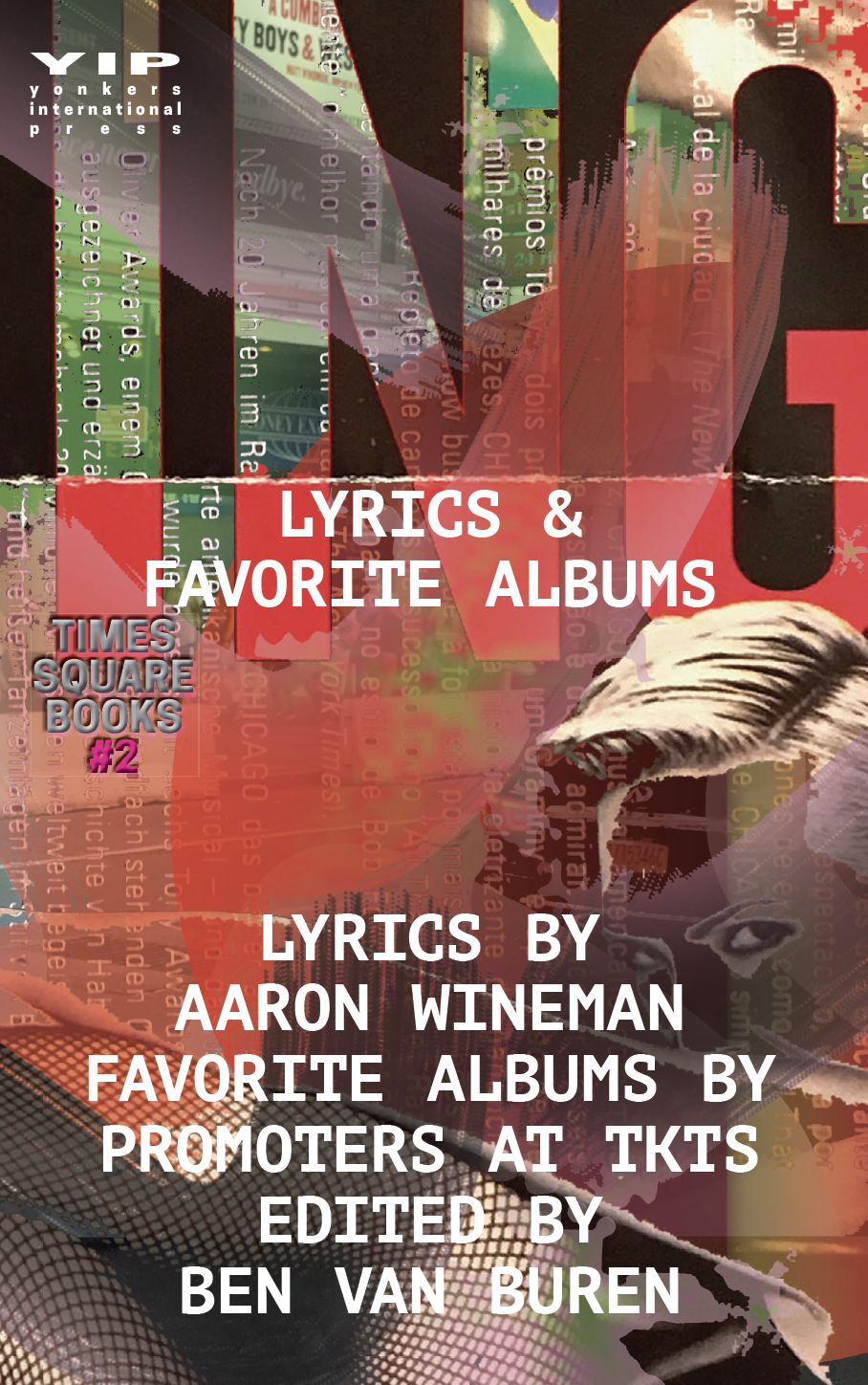 TSQB is an ongoing series of paperback books by people who work outside in Times Square, New York City. The series presents a variety of content ranging from poetry and memoir to group text messages and phone photography. The series has been active in some capacity since 2017. Most books in the series open with an introduction describing the author's role in Times Square. Some books are (incidentally) about Times Square, others are not.

#1: Poems and Words
by Jon Rentler

#5: What Used To Be Where
by Friends

#6: All These Years
by Liz Sauter and Colin Menkin

#9: Every night in a Neon Graveyard and Gross Bets
by Mark Curry

#11: All That Heaven Allows
by Antigone 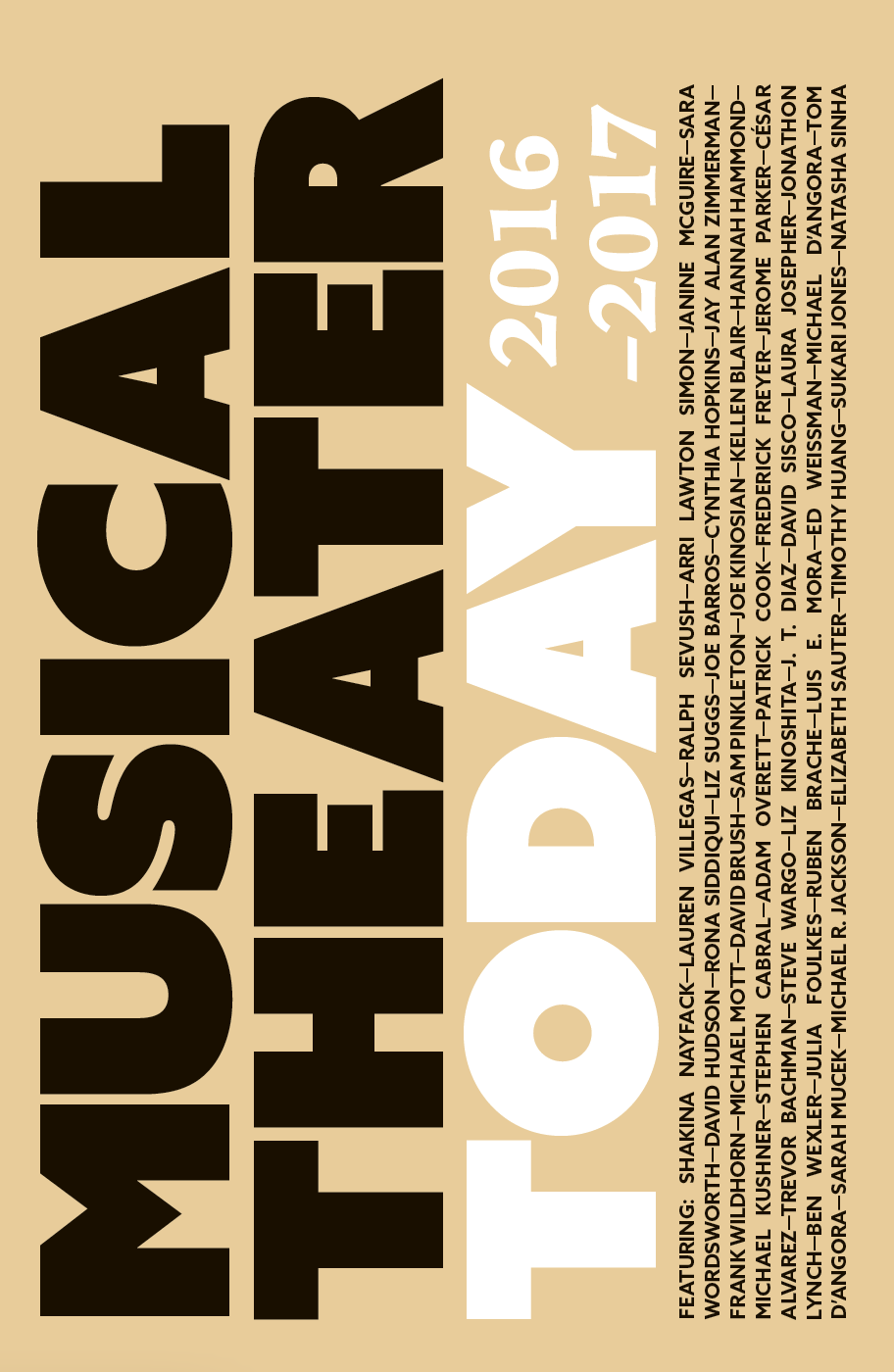 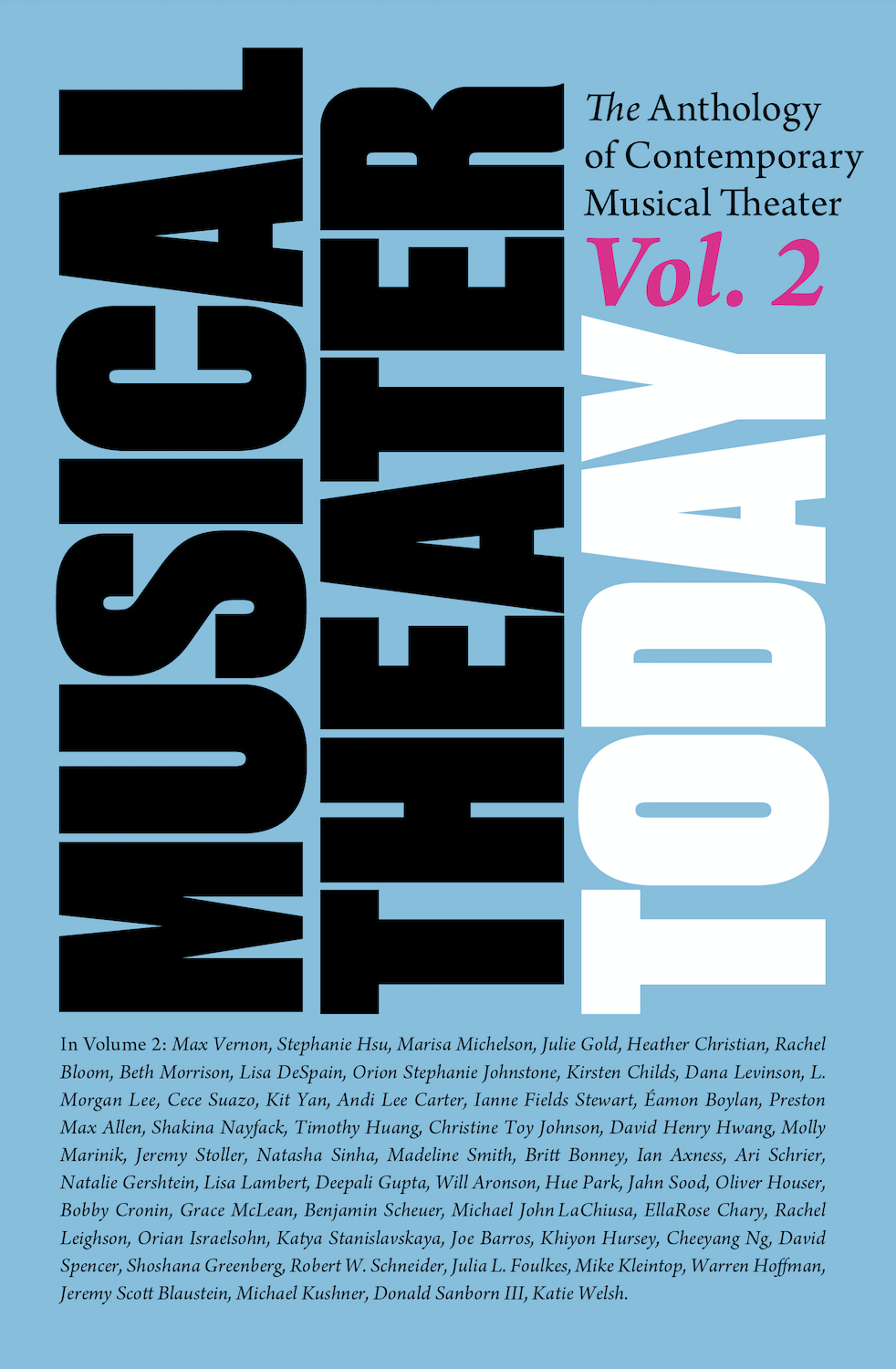 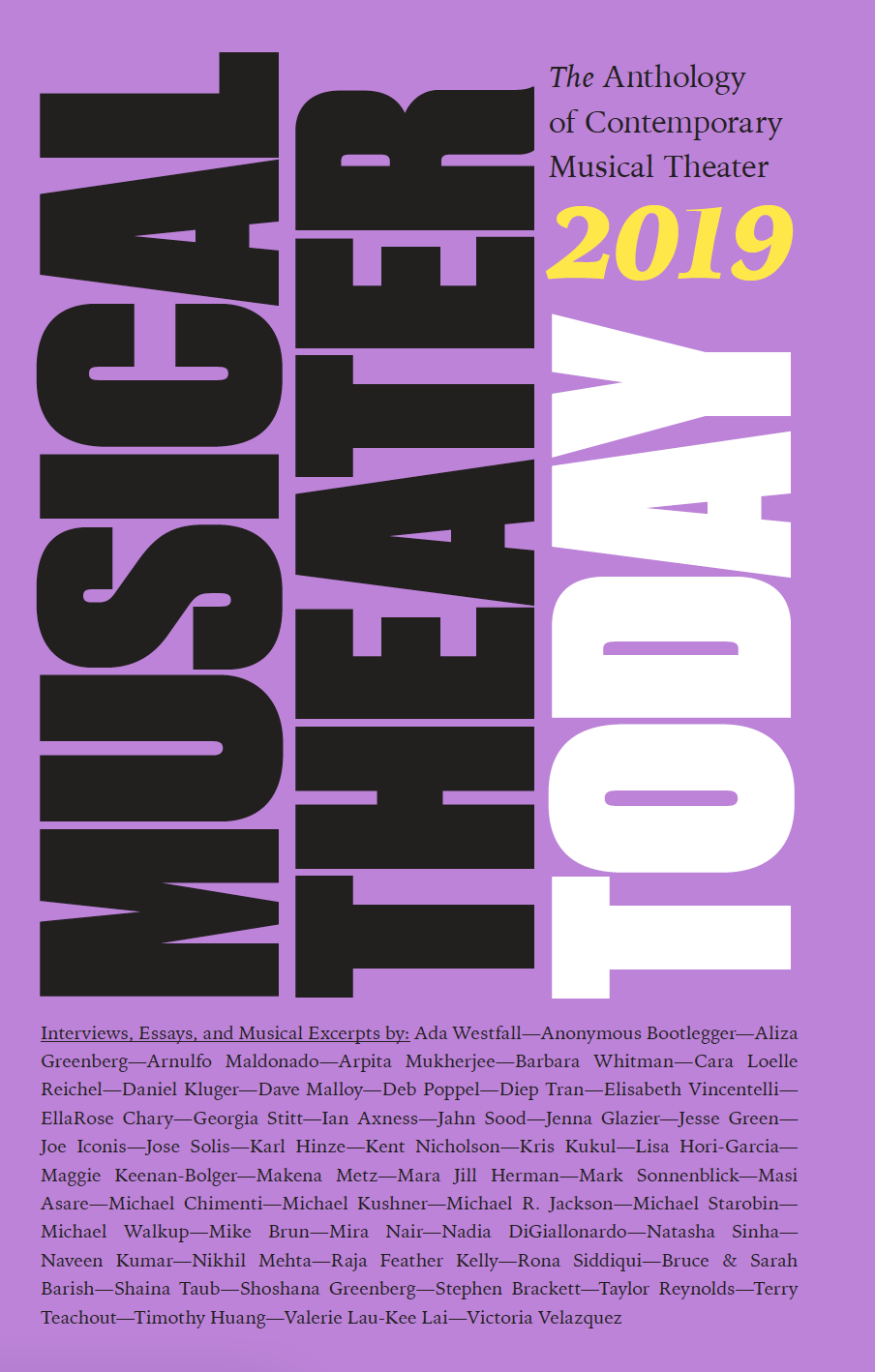 Musical Theater Today is a yearly peroidcal collecting conversations and documents from within the world of contemporay musical theater.

b00k.xyz
is a residency space
in printed matter.
residencies last aproximately 3 months and result in a group showing of work in PDF and Print-On-Demand formats.